DAVID STERN is much admired in the worlds of music and opera as an exceptional conductor, a creator of inspiring original projects, an educator of the singers of tomorrow and an outstanding musician. His multi-faceted career has three main pillars: symphonic music, opera, and education.

The coming seasons include appearances with the Lübeck Philharmonic Orchestra, the Sydney Symphony, the Kansai Symphony Orchestra in Osaka, the Marseille Opera Orchestra and the Orchestre de Bretagne. He was the chief conductor of the Philharmonie Südwestphalen from 1995 to 1998. His orchestral recordings include French Romantic Cantatas with Karine Deshayes and the Opera Fuoco Orchestra, John Field piano concertos with Concerto Köln and Andreas Staier, as well as works by Albert Roussel with cellist Jean-Guihen Queyras and Pianist Alexandre Tharaud.

David Stern is currently chief conductor of the Palm Beach Opera, a position he has held since 2015. He is the former music director of the Israel Opera and of the Theater St. Gallen (Switzerland), and has worked with the Opera de Lyon, the English National Opera, the Boston Lyric Opera, among others. The coming seasons include productions of Weill’s Lady in the Dark at the Opera Zuid in Maastricht and Mozart’s Idomeneo at the opera houses of Metz and Massy.

In the field of special projects and education, he founded Opera Fuoco in 2003 as a platform for young professional singers in France, combining both a young artist program and a period-instrument orchestra under the banner of his company, which produces concertante, semi-staged and fully staged productions both nationally and internationally. David Stern and Opera Fuoco have been regularly invited to the Paris Philharmonie, the Théâtre des Champs-Elysees, as well as the Amsterdam Concertgebouw, the Luzern Festival, the Vienna Konzerthaus and the Shanghai Symphony hall.

A defining moment was his 2019 performance of Bach's B-minor Mass in Shanghai, Paris and at the Leipzig Bachfest with the Tölzer Knabenchor, Opera Fuoco Orchestra, Andreas Scholl and Laurent Naouri as well as members of Opera Fuoco's Young Artists Program. The concert was featured in a documentary entitled “Grasping and understanding the b minor Mass”.

Stern’s strong interest in working with and developing young voices grew out of the academy he launched with Stéphane Lissner at the Aix-en-Provence Opera Festival in 1998, the Académie International d'Art Lyrique. He has regular engagements with young artists’ programs in Sweden, China and the United States, including productions with the opera programs of the Juilliard School in 2016 and an invitation to the Curtis Institute for 2023.

David Stern’s repertoire ranges from the mainstream to the eclectic. His opera recordings include Giovanni Simone Mayr’s L‘amor conjugale and Medea in Corinto, Johann Christian Bach's Zanaïda, Handel’s Semele and Jephtha with Opera Fuoco and Florian Leopold Gassman Arias, with Anya Vegry and the NDR Radiophilharmonie (Hannover). His future plans include many exciting projects around the world, from baroque opera training in Nanjing to projects with Opera Fuoco, including Le Nozze di Figaro, La Bohème, Così fan tutte, Il ritorno d’Ulisse in patria and Mayr’s L’amor conjugale at Vienna’s Theater an der Wien.

Stern received his Bachelor of Arts from Yale College and his Masters of Music from the Juilliard School. He is married to the violinist Katharina Wolff. 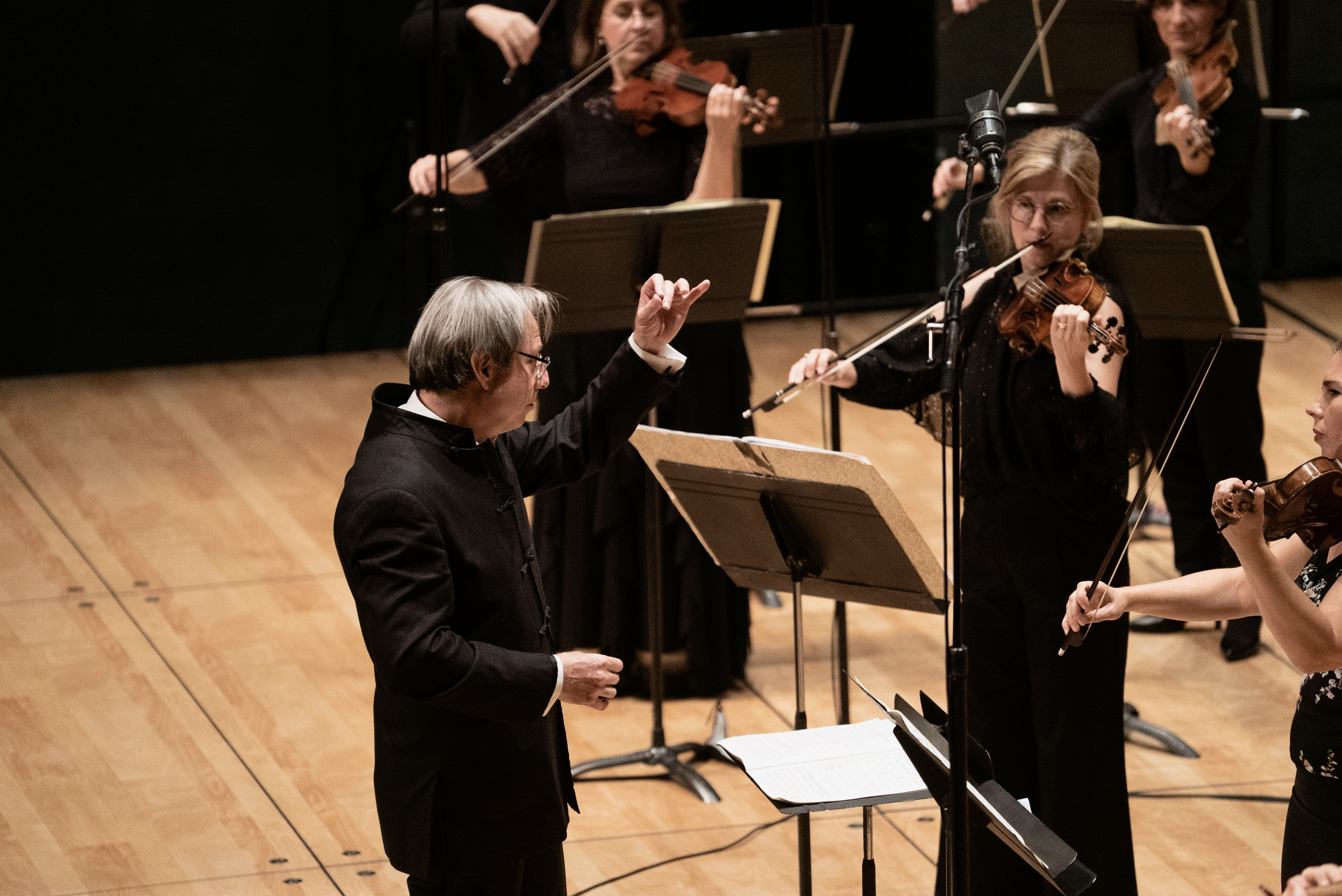